In 2017, the Centre-du-Québec region’s five regional county municipalities (RCMs) decide to join forces to promote its economic growth—a first in Quebec. They then determine that they must build its reputation to attract new families and new talent to its territory.

Making the Centre-du-Québec region more attractive by instilling pride in its residents.

Established in 1997, this administrative region isn’t aware of any of its distinguishing features, although it is very vibrant culturally and economically. Centre-du-Québec is the province’s leading manufacturing region, a major player in the transportation industry, the cradle of Quebec’s dairy sector, and an environmental pioneer. Its cities often rank among the most dynamic in the country.

Analyzing the environmental, human and sociodemographic influences at play in Centre-du-Québec helped us identify key values and potential brand territories, which were confirmed through consultation with political and municipal stakeholders.

This process revealed that the local population’s defining values are innovation, entrepreneurship, creativity, collaboration and ambition.

A logo and its slogan

The exclamation mark represents the entrepreneurial nature of the region’s people. It embodies enthusiasm and assertiveness, and is an invitation to discover the surprises that the Centre-du-Québec holds. Slightly slanted, it conveys forward movement. Its yellow colour is dynamic and warm, just like the region’s inhabitants.

The slogan “Ici, on fait bouger les choses” (“Here, we make things happen”) is a call to action and to mobilization, while also expressing a sense of belonging. 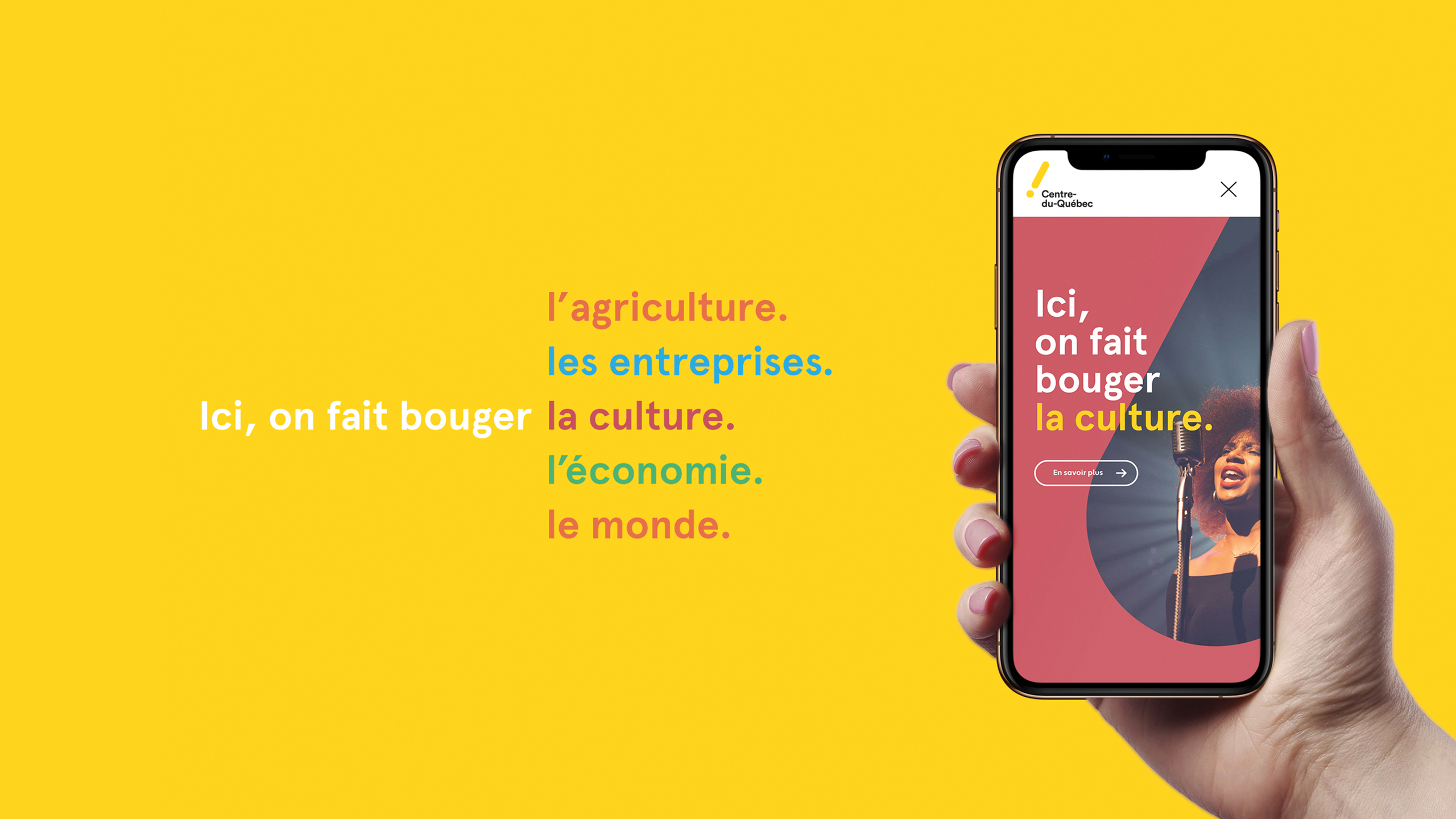 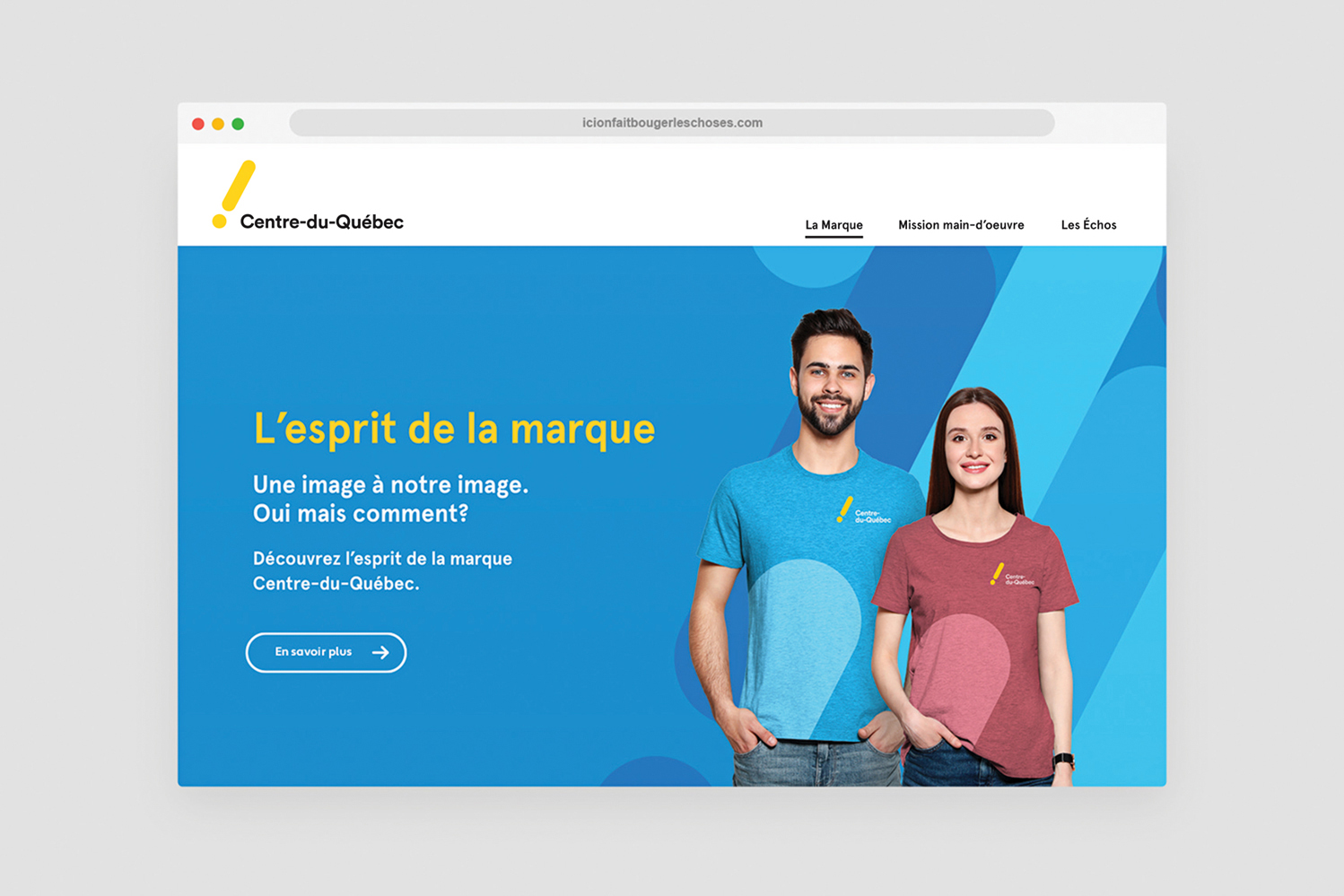 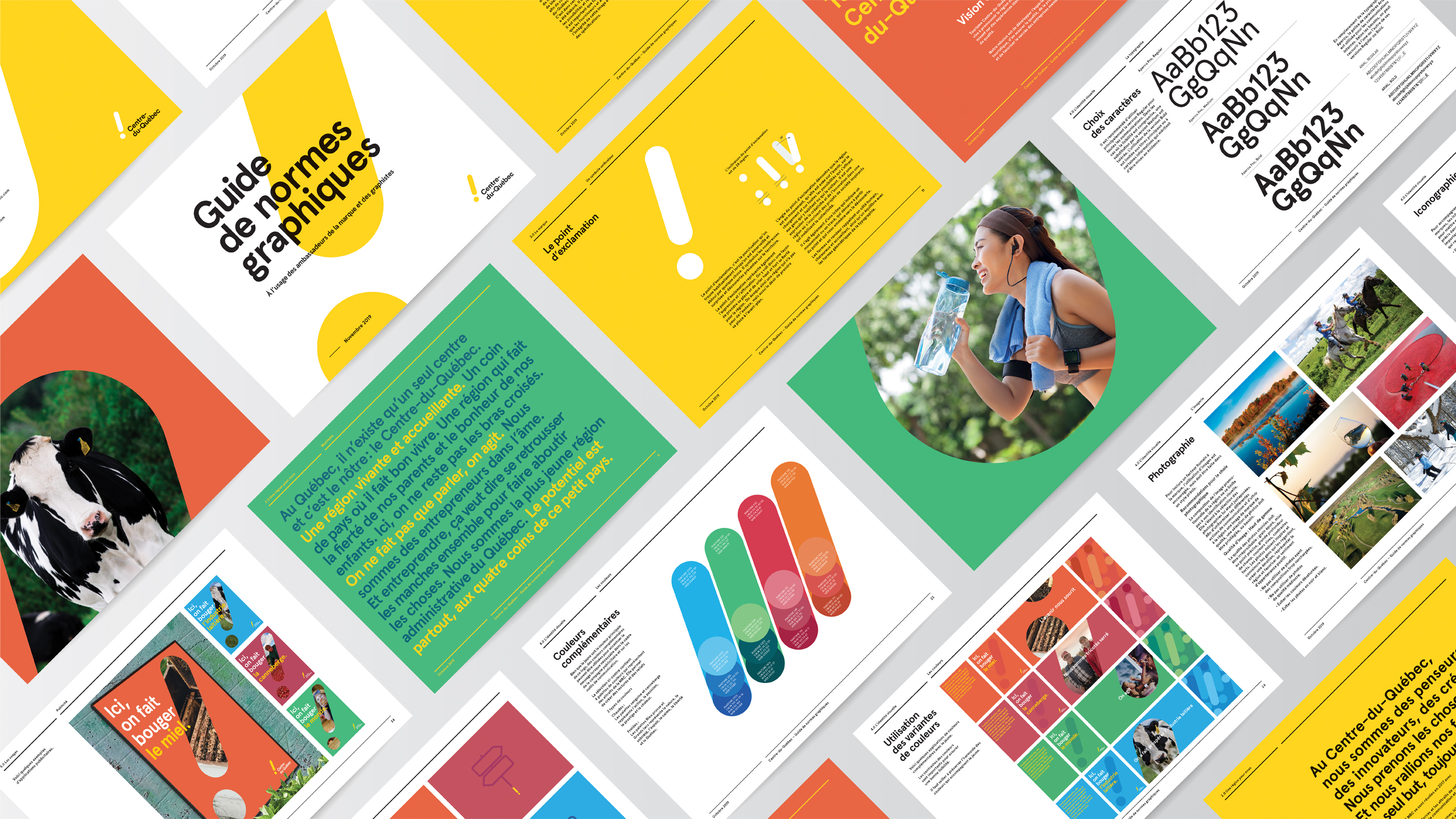 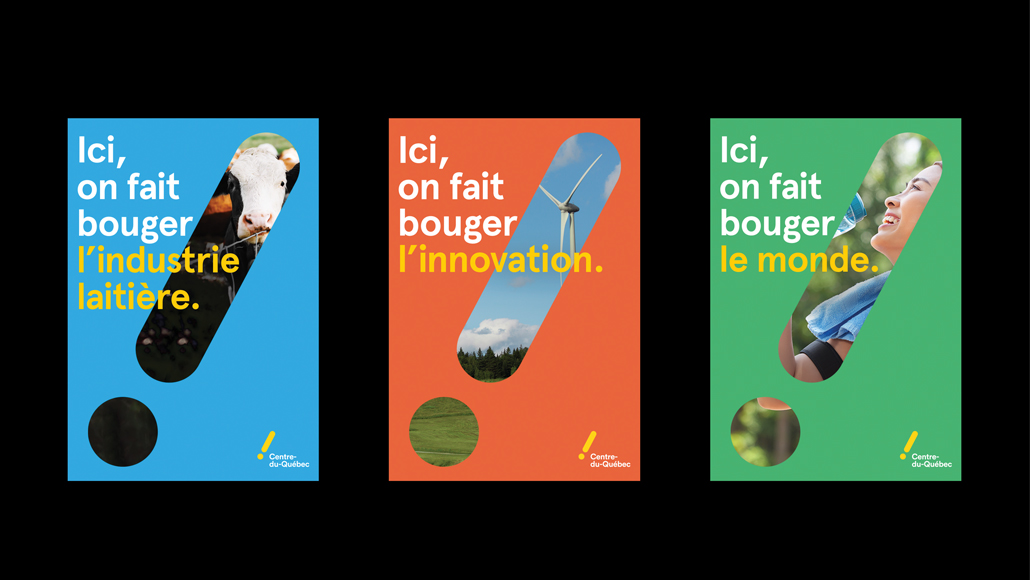 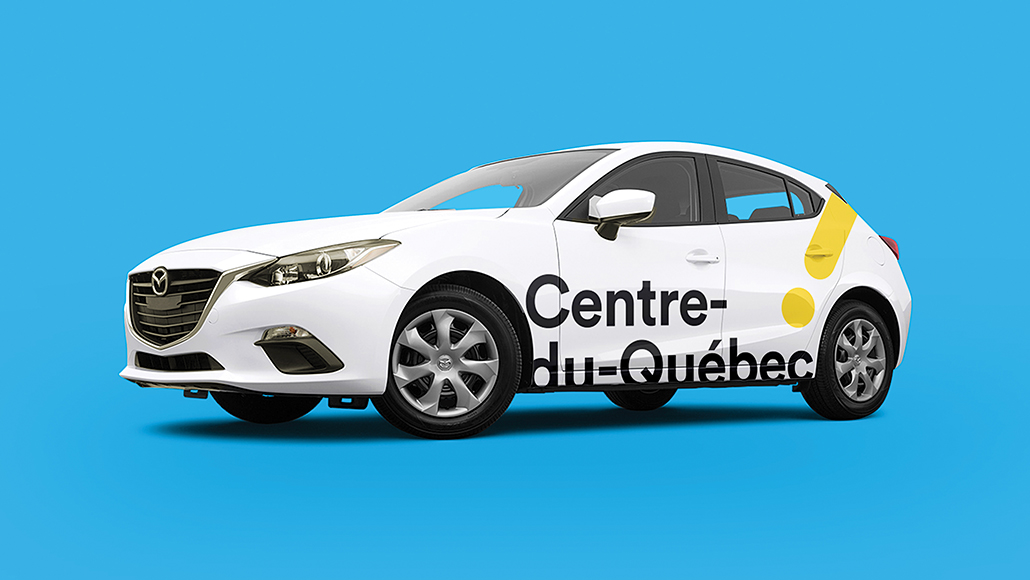 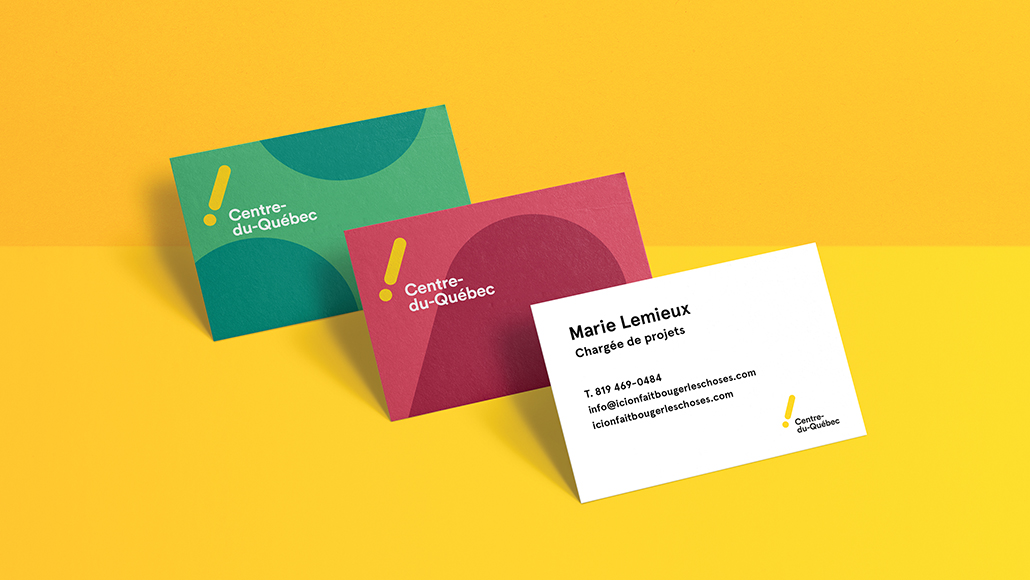 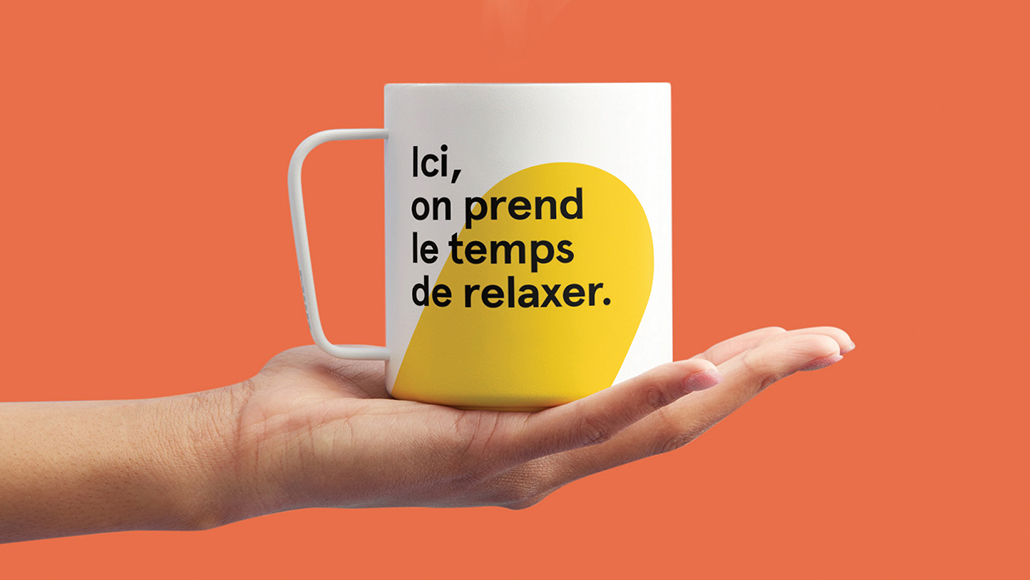 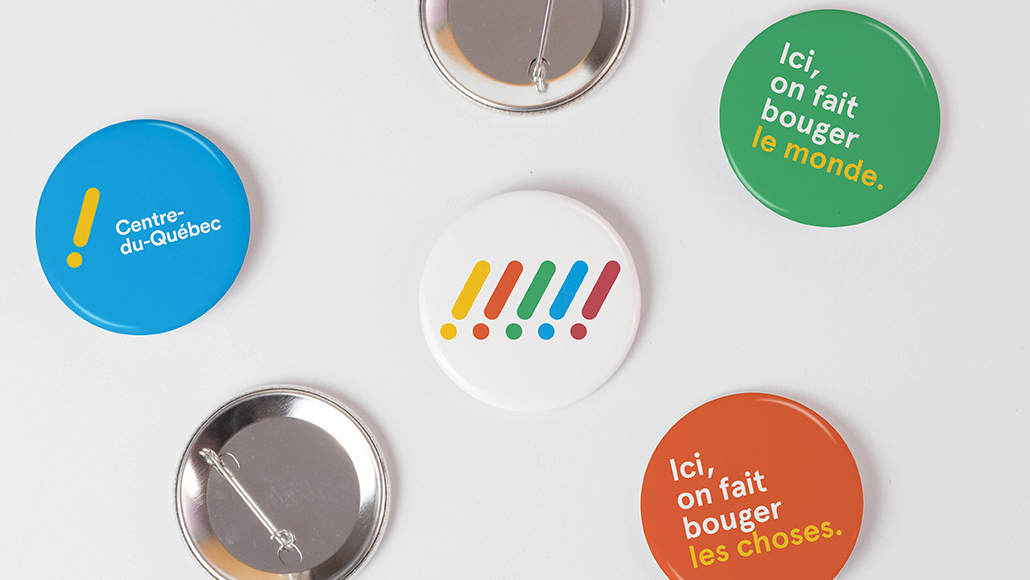 The brand was unveiled simultaneously in the five RCMs as guests watched a manifesto video that captured the essence of Centre-du-Québec and its people. 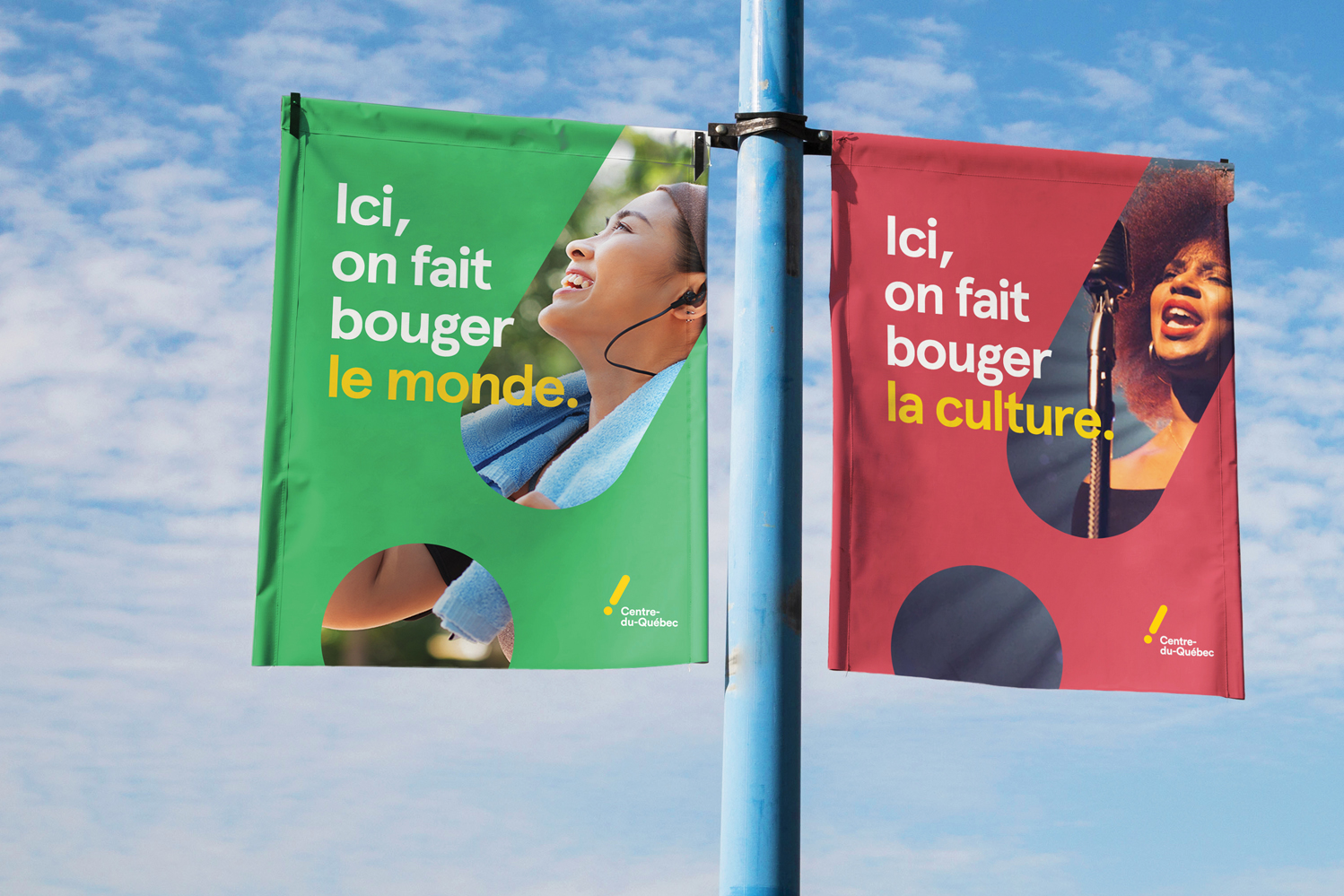 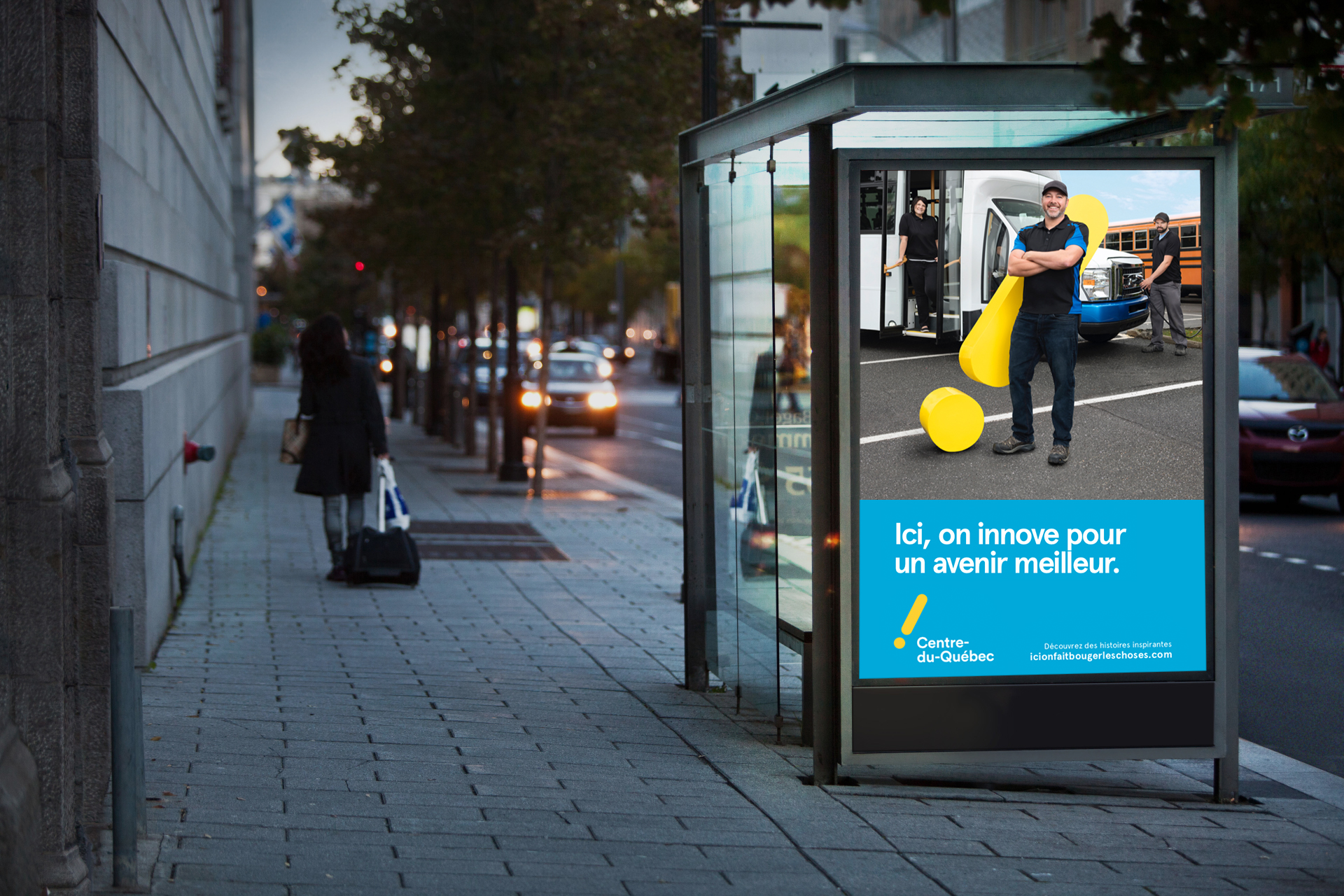 After the unveiling, the website www.icionfaitbougerleschoses.com explained the creative process behind the branding, and the essence of the brand.

The brand was first unveiled to the general public in the fall of 2019 as part of a campaign promoting a sense of pride among residents and workers in the Centre-du-Québec and neighbouring regions. The campaign features eight ambassadors and business people giving vibrant testimonials reflecting the region’s values. These portraits are the focus of the advertisements and other videos released during the campaign. 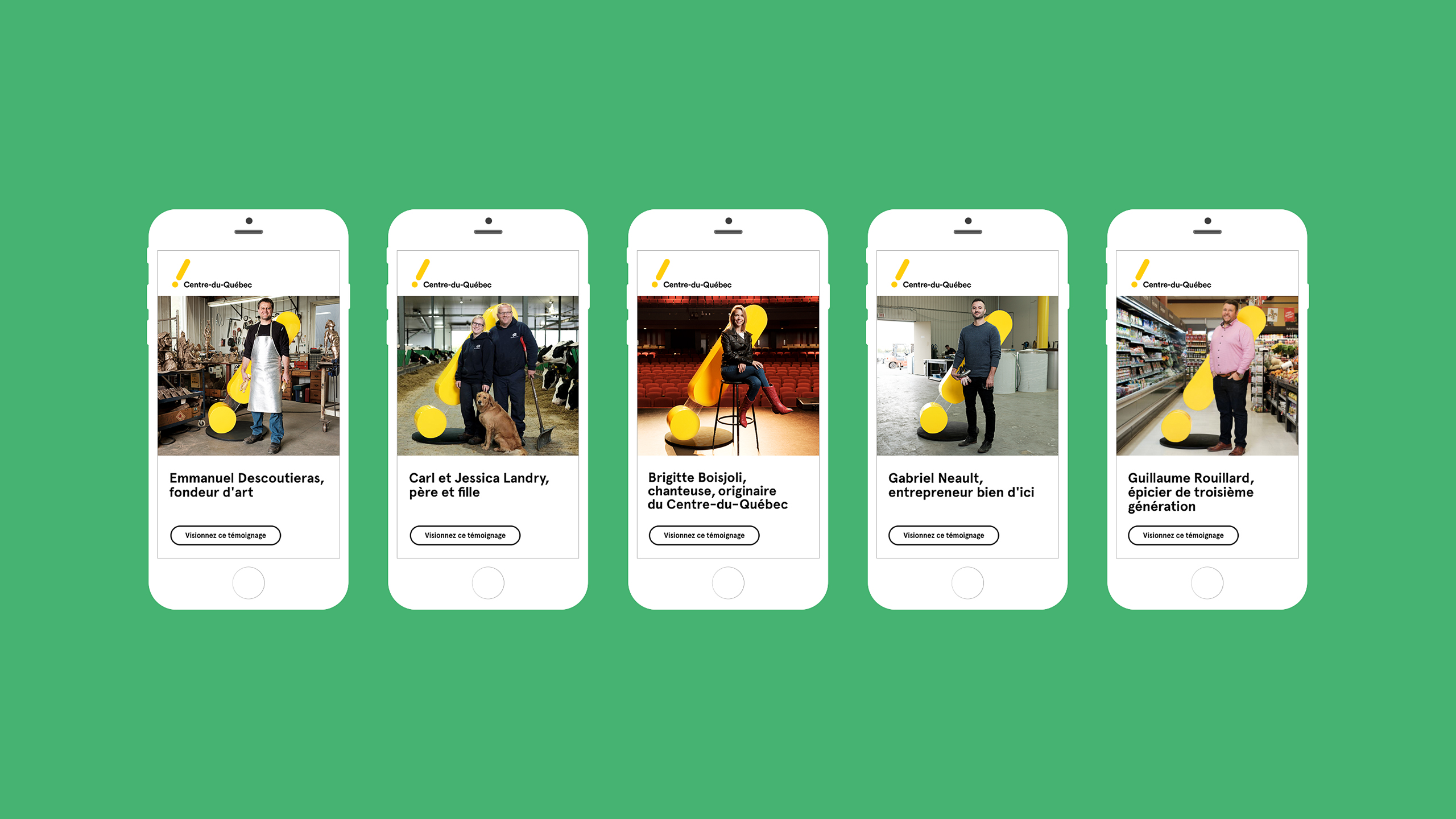 The campaign was rolled out on television, radio, outdoor advertising and various social media and digital platforms.

For the official brand unveiling event, the setting included a three-dimensional reproduction of the logo. Almost seven feet high, the exclamation mark caught the eye of guests and media alike. It was even featured on the morning show Salut, Bonjour! Several organizations later requested it to represent the Centre-du-Québec region at various events.

A symbol was born, propelled by political and municipal stakeholders’ sense of pride. This object and, more importantly, the way it was used in the region later inspired the visual framework of our general public campaign. 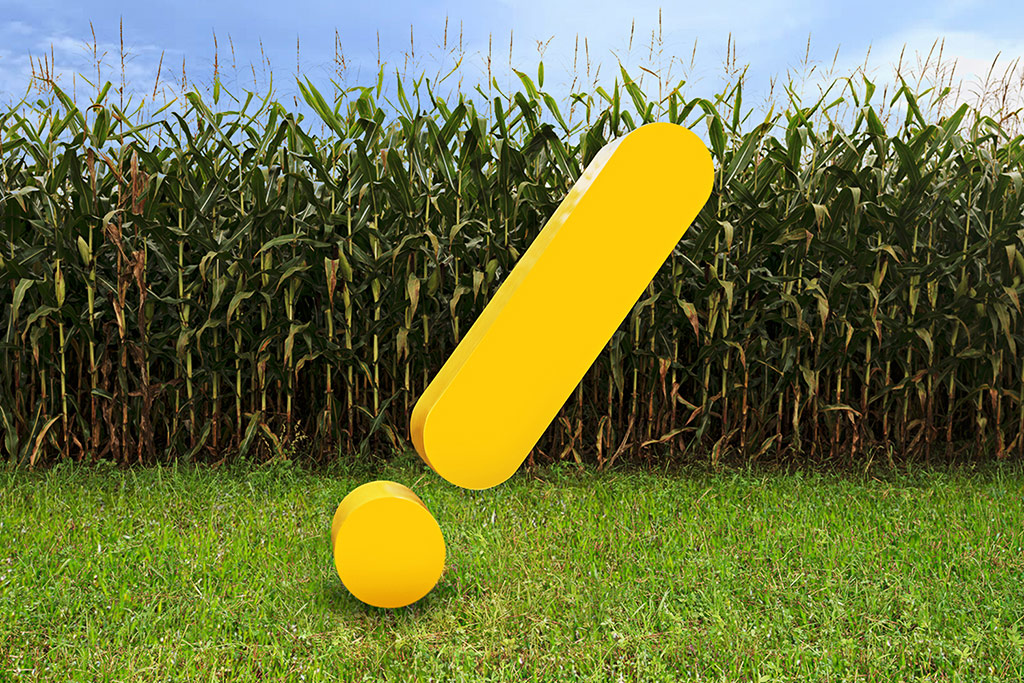