Two young people among the seniors

In 2016, a study by Léger Marketing revealed that many Quebecers confuse seniors’ housing with long-term care hospitals (CHSLDs). Unfortunately, peoples’ negative perceptions of CHSLDs carry over to how they view seniors’ housing. Common myths include that they offer terrible service, inedible food and boring activities and that the residents suffer from loneliness.

The Quebec Seniors’ Housing Group, whose mission is to promote the lifestyle offered by its member residences, was looking to change how seniors’ housing is perceived by addressing the common myths about life at a residence.

Besides the commonly-held beliefs, some people see residences as a place where people spend their final days. This emotionally charged impression was an obstacle to shifting perception.

What if residences were actually a place of possibility?

Maintaining a household can become a major burden as we age, especially when we live alone. After a lifetime of responsibilities, moving into seniors’ housing lets residents enjoy their time and dedicate themselves to the things they really want to do. It’s a lifestyle that most would actually envy. 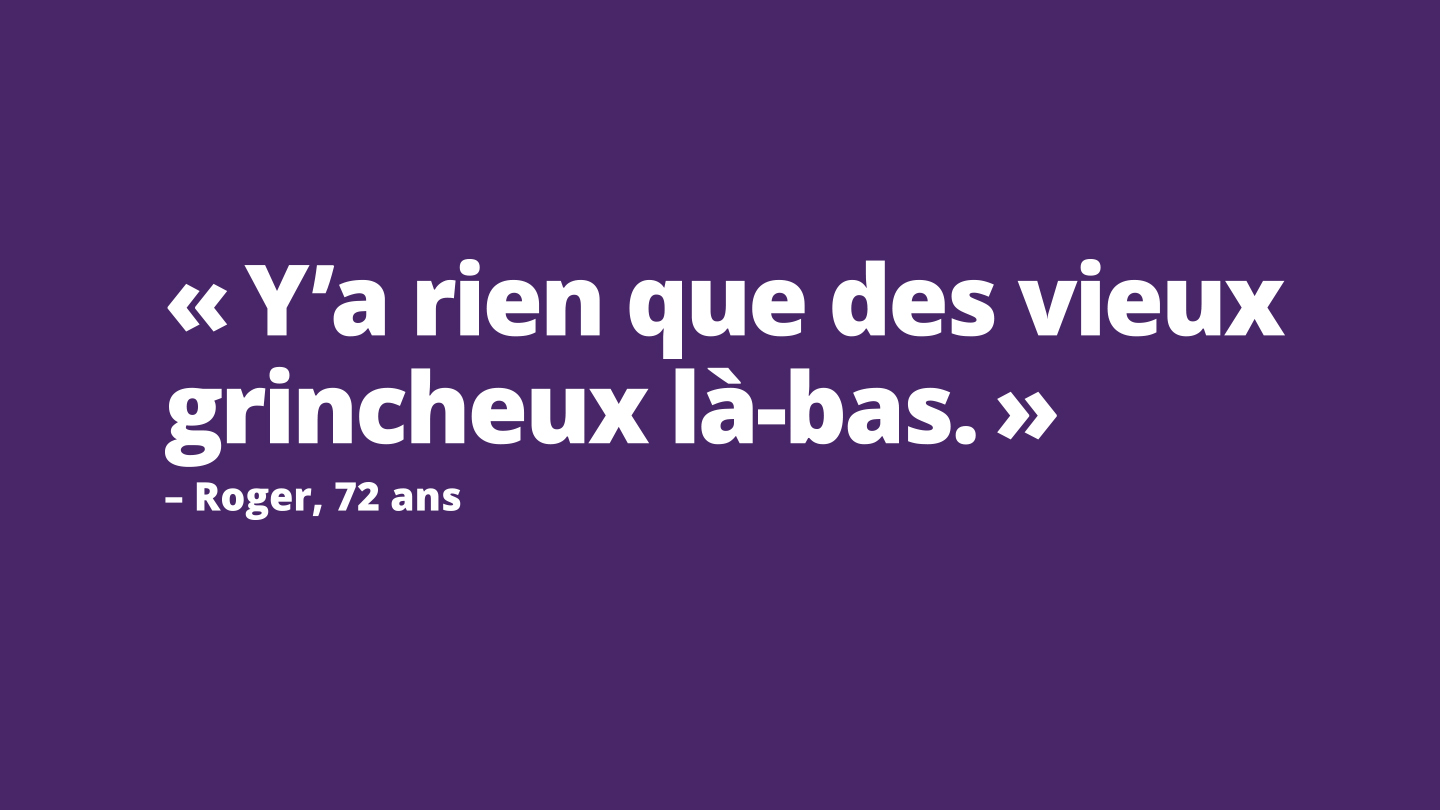 We recruited two young people in their early twenties, Florence and Jean-Christophe, to spend 48 hours at a residence. This unique experience would be the subject of a short documentary showing what residence life is really like.

This video documentary became the cornerstone of a two-month campaign to shift perceptions of residence life and also invite anyone interested to come to a big open house day.

54% of people interviewed realized that they had prejudiced opinions of these residences.

The website jeunes-aines.com features the documentary while also serving as an experiential platform that takes on the biggest myths and provides a positive portrayal of residence life. As such, it offers information on meals, service, activities, social life and costs associated with living in a residence. Designed for a target audience aged 65 to 75, the digital platform was made available in a format that is easy to read on a tablet, the most popular device among seniors.

There were over 50,000 searches for residences on the website. 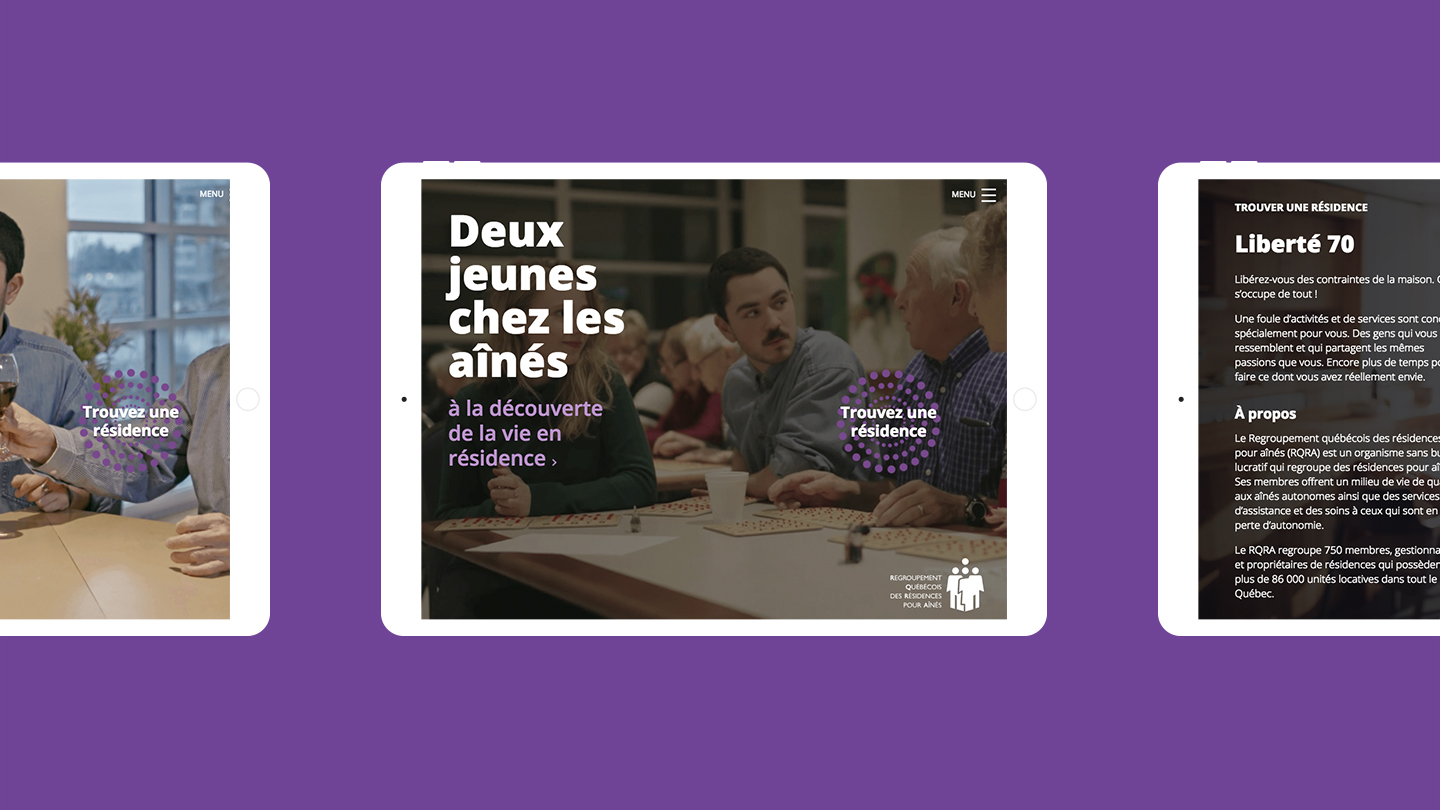 The ad campaign included an online awareness component as well as a TV and newspaper campaign.

73% of people who saw the campaign now have a positive impression of seniors’ housing, which is 13% more than in 2016. 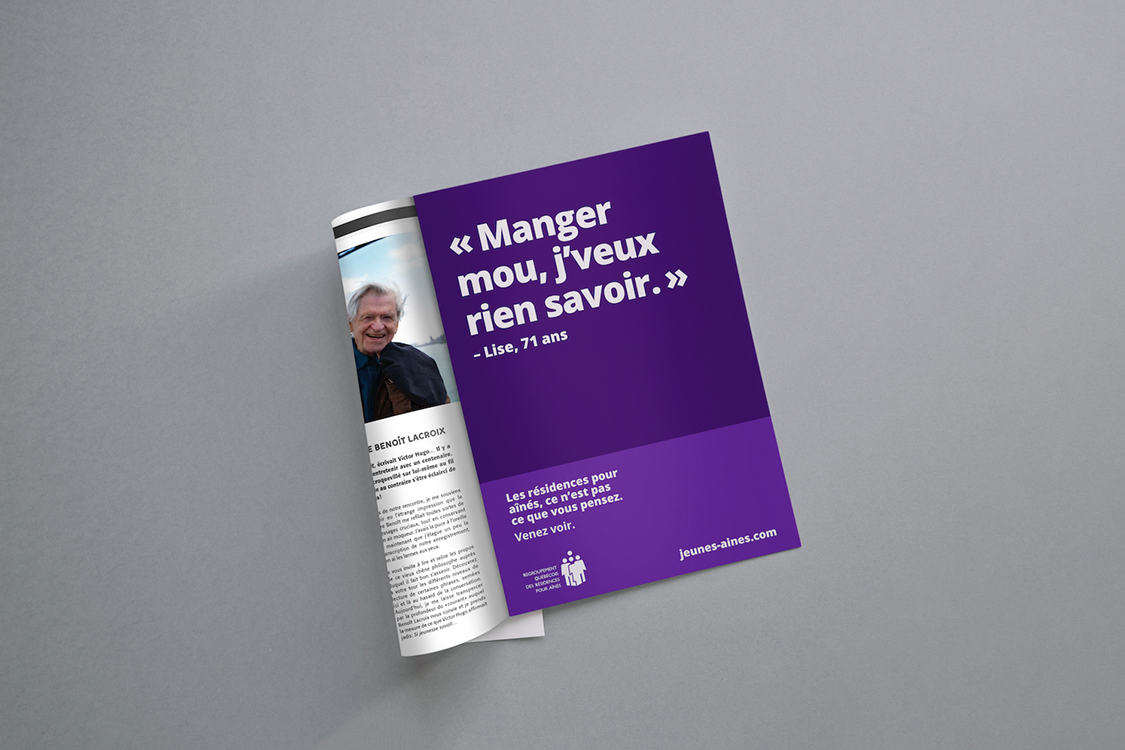 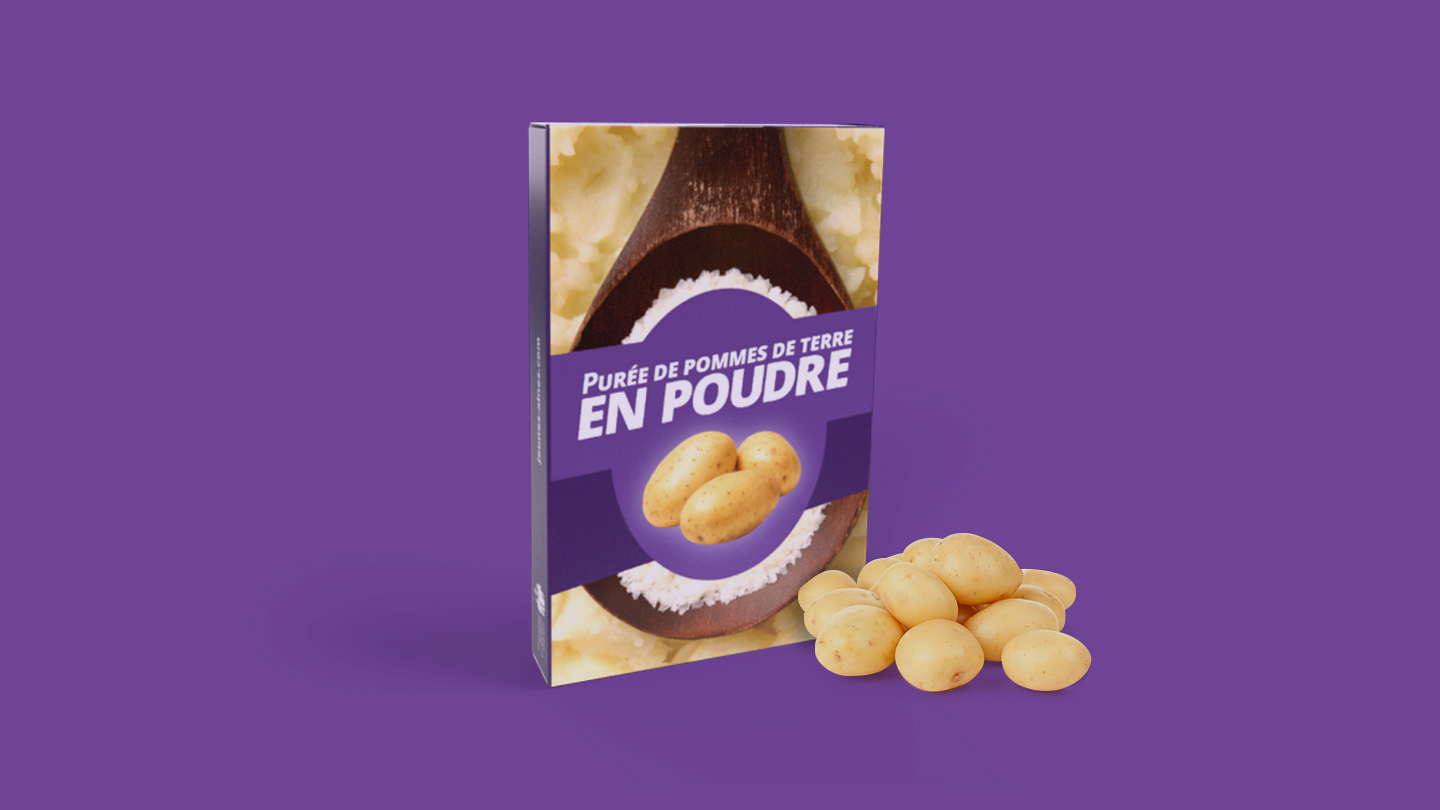 64% of adults from across Quebec claim that their opinion on seniors’ housing changed for the better after seeing the campaign. The general population’s negative perception of residences has also declined, falling from 34% to 28%.

The campaign had a tangible effect on people’s perception of seniors’ residences. By bringing together two generations, one of which is the age of the other’s grandchildren, we established a reassuring relationship of trust that gave us a real glimpse of residence life and authentic, credible testimonials. Florence and Jean-Christophe’s enthusiasm and the sincere way they shared their thoughts made it possible to have touching interactions with the seniors and a revealing look at their very active lifestyle. 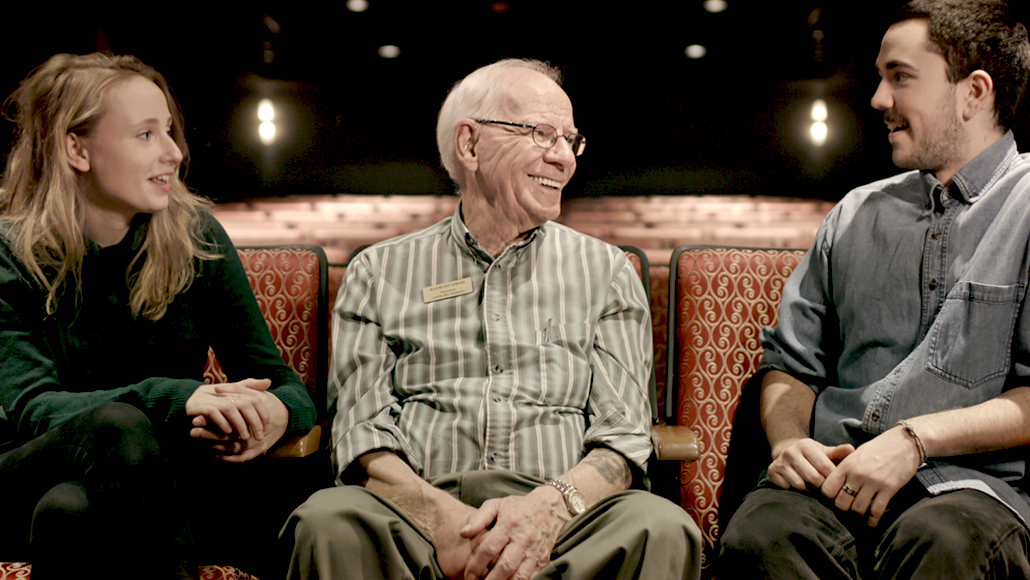 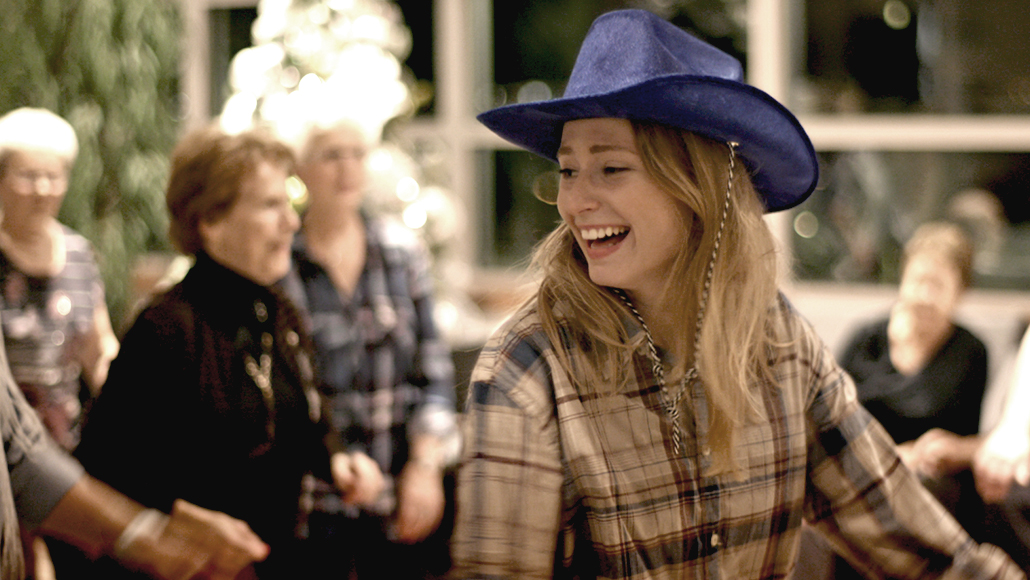 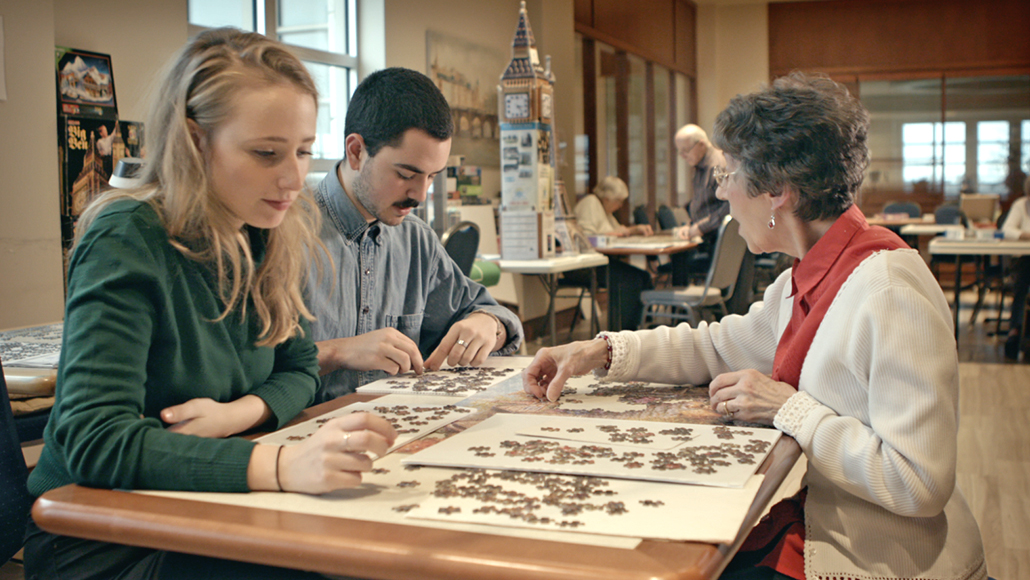 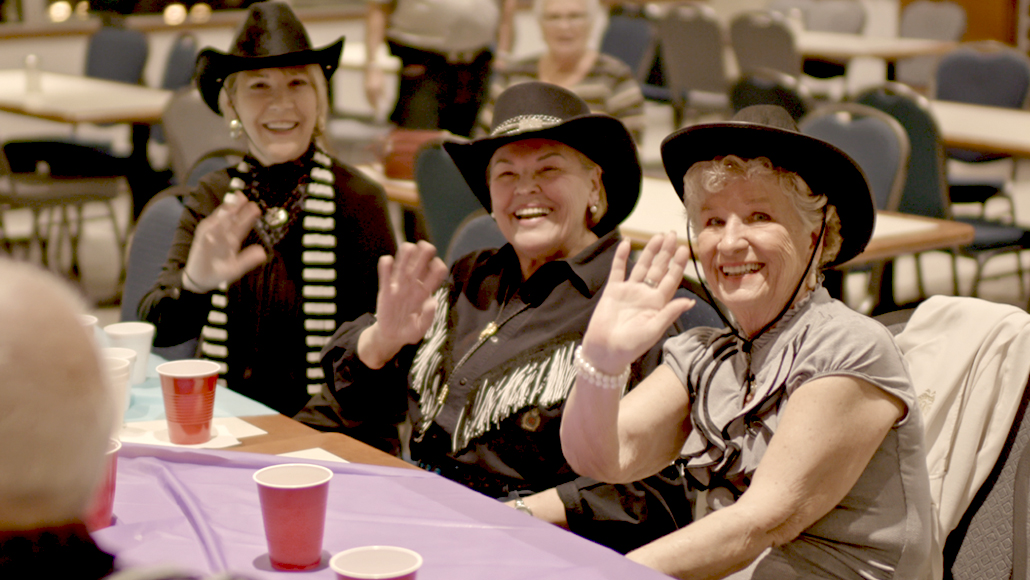